Exaltation and Debilitation in the Astrology 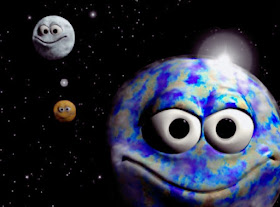 Have you ever wondered why there are some places where you find yourself a little more comfortable, slightly more empowered and a few tonnes strong? Places which are within your comfort zones. Areas which come under the domain of your command and control.
It is not always necessary to have reasons for all these questions yet there are some undefined links attached which makes you feel that way.

Similarly in astrology also there are some definite placements of planets happening in certain degrees in particular respective signs that make a planet feel strong, empowered and comfortable. Such a position enables the planet to exhibit its results in full-fledged swings. Such placement makes the planet to even reduce or nullify the counteracting negative or mal-effects as well due to bad afflictions or aspects happening on it. This is a state of EXALTATION for the planet. An exalted planet has much higher strength and status. It is able to give expansion, growth, prosperity and happiness in relation to the house it sits in.


The exact opposite scenario happens when you feel tired, exhausted and drained out in places where there are people who have poles apart personality as of yours. Where you have to constantly put efforts to fit in the environment and gell with the surroundings. This place is nowhere near to your comfort zone. Despite your endless exertion, you don't tend to achieve the desired success. Consequently, you feel helpless, hopeless and weakest in this case.

Likewise happens with the planets too. When planets come under the inimical sign where it feels at its lowest strength, it gets debilitated and such state is called DEBILITATION for that planet.
In such case, the planet feels drained and exhausted and thus, not able to exhibit its effects in toto. It becomes weak and hence gets unable to combat the mal effects that get imposed on it due to bad afflictions.

So let us see in which sign and within what degrees range the planets get EXALTED:


DEBILITATION signs of the planets and degrees range: 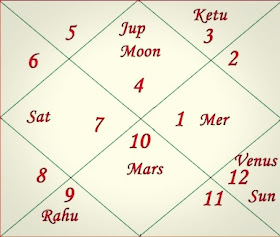 So in the above figure,

Disclaimer: This is the general information regarding EXALTATION and DEBILITATION of planets. There are other phenomena which occur in the astrology where there is a cancellation of these states. For the purpose of PREDICTIVE ASTROLOGY, one needs to be aware of other combinations and planetary placements also such as NEECHA-BHANGA RAJ YOGA and all, where even the DEBILITATED PLANETS become exceptionally strong to exhibit powerful wealthy yogas. Hence a proper analysis of a birth chart is essential so as to have precise and accurate predictions.
So don't get frightened even if any of your planets are in its debilitation signs. There are lot many other things that are taken into consideration.