Difference between Vedic and Western Astrology 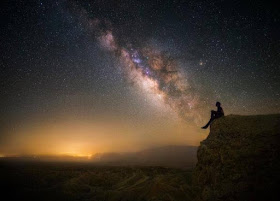 Isn't it so peculiar how most of us, irrespective of being an ardent astrology believer or not, get attracted to the zodiac section of magazines or newspapers? Often we go through sections telling about our zodiac signs and only due to being born in a certain month of the calendar, we tend to quickly jump on to our respective zodiac and then start relating it to our own selves.

But have you ever tried to really feel and relate that to yourselves completely? Or is it just a psychological backdrop because you know it is your zodiac?

Why you and another person born in the same month or even the same date, are so different from each other?

Why there are many times your personality and character or traits simply don't match with what's being written concerning the specific zodiac?

The answer to all these questions is both simple yet complex.

This is because of the fundamental difference between

The Vedic Astrology and The Western Astrology.

So, guys, these are just a few differences out of many others which I will be dealing in my subsequent posts as and when required.

YOU MAY ALSO REFER:
https://www.thehailphoenix.com/2019/07/the-vedic-astrology.html?m=1